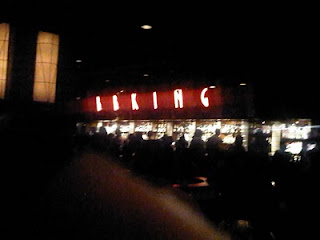 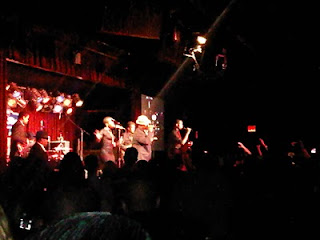 .this weekend was pretty awesome. Literally filled with awe. On saturday, I partied at the Brooklyn museum and took pictures with my moms new camera-which I'm quite jealous over only for the simple fact that I've been expressing my desire for that kind of camera and she goes and gets it but she doesn't even know how to use it -_- moving on- the pictures came out great. There were so many people there with all different kinds of looks and fashions. Very inspiring to be you.

On Sunday I went to go see The Foreign Exchange at B.B. Kings on W.42nd Street in the city. The concert was sooo good. If you aren't a fan or familiar with the group, go look them up and then imagine them performing live in a very sexy and smooth environment. The lights were dimmed low and the room was filled with white candles that were lit on every table. It was definitely a show that you'd want to share with someone special. -i went alone haha. It was just a great environment. A beautiful way to end a beautiful weekend. I felt great all weekend.

-since I'm doing this from my blackberry, I have no idea where the pictures will be placed on the actual web page. Those are picture from sunday night.
Sent via BlackBerry from T-Mobile
Posted by Bianca Lynn at 8:47 AM