This week was AMAZING!! I've been complaining about how bored I've been, so I decided that it was finally time that I went out and changed that. Life is about how we react to things. I've been sitting in the house because I chose to. So I changed that.

On Wednesday I was given free tickets to see the play called "Love, Loss and What I Wore." It was a great play that was aimed more towards females but it is definitely something that men could see as well. Emmanuelle Chriqui (Sloan from Entourage) was in it and she's 20x hotter in person that on the television. The woman who voices Lisa Simpson was also in it and she was definitely the star of the show. I had front row seats and I went with Nikki. Afterwards, we got some drinks and headed home.

On Thursday, there was a free Ryan Leslie concert at Marcus Garvey park in Harlem. I went with this girl Shataya. I was super nervous when I first got in the car with her lol I'm guessing because I wanted to make sure we got there on time and we were taking the trains. It was our first time hanging out and that can be kind of weird, but I think we hit it off well. LOL it was our first date and to me, it really felt like one. After the concert, we went to Fridays and oh my goodness, it was POPPING for no reason. They have a live DJ and people were dancing at the bar lol. Yea, he was a good DJ but this is a restaurant. Of course I knew the girl that was dancing. I also ran into a lot of people from school at the concert. It was good seeing them but also not because they all have jobs and I don't YET LOL. No I was honestly happy for them.

On Friday, I went to Atlantic City with my sister and Nikki. We stayed in a suite and the bathroom was gorgeous. A Jacuzzi tub, a walk in shower with two shower heads. Just gorgeous! We went to the club called "The Pool" and we got in the actual pool with our dresses on! Nikki and Aja's phones got ruined. I spent 24 bucks on a large pizza! smh It was a night well spent. I won 50 bucks when I was down there which I was completely excited about.

Last night I hung out with my nephew who absolutely adores me. I love it. I come in the house and he gets soo excited! He gives me big hugs and kisses. I really love that kid. 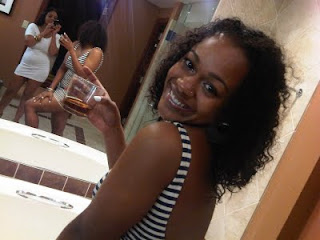 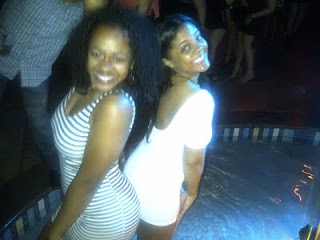 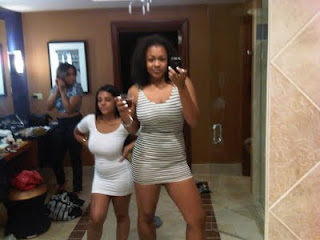 OOH! last month I went to the state fair and got my palm read. The woman told me some personal things and also mentioned that today August 14, would be my lucky day. Well today is the day and it's been raining all day and I've been in the house. I've been hoodwinked! LOL
Posted by Bianca Lynn at 10:56 PM