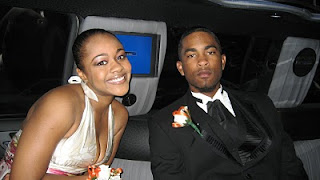 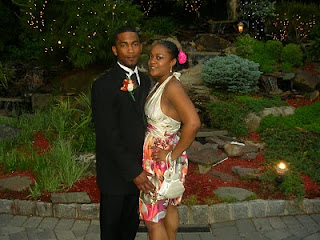 I honestly don't know where to begin or how i even have to the strength to type this. Charles or Chaz as i grew up calling him or Chuck which was what he wanted to be called when we started growing up. Chuck G to be exact, was my first friend. our mothers were best friends before college and me and him were 6 months apart. he actually just turned 21 on Sunday May 23. but last night May 25, 2010 he was taken away. i'm in a total shock. i just spoke to him Sunday, I saw him last week and i saw him monday and here it is wednesday and he's gone. that was my friend. a true friend. we used to make fun of each other when we were younger and as we got older, our friendship got tighter. he would always introduce me to some crazy movie. lol we loved watching movies together and he was the only guy who would have tickle fights with me. he took me to my senior prom. that's my mothers best friend's son. she would always joke around with us especially after prom and say that we were going to get married and that i was her daughter-in-law. she can't ever say that again to me. i went to his house early this morning after getting no sleep, the little sleep i did get was for a few minutes and i dreamed of him, i dreamed that this wasn't real. it can't be. he's not that type of guy to be out there in the streets without a care. how did he end up dead in irvington? as soon as i walked in his house, i could smell him. i could smell the oil that he uses. i never really payed much attention to the pictures on the wall but there's a picture of us leading upstairs to his room. and he even had our prom picture in his room. his mom would get mad because he took a lot of girls to prom but she loved our picture the most and he would never let it stay in the living room. he used to tell me how much he really liked that picture. i remember not too long ago, he told me how special it was to him that he's known me his whole life. i was the first girl he's ever known before his sister. he used to tell me wow. we were friends from the beginning literally. i really miss my friend. i didn't even get a chance to spend time with him yet. :'( i can't believe it. it will never be the same without him. this is really going to be hard. i talk to his mother almost everyday. i'm so tired of losing my friends. i've never lost someone this close to me that was a friend. a lifetime friend. my mom and sahara were the last to see him before he went off with his friends. he can't be gone. no.
Posted by Bianca Lynn at 11:58 AM