Fire away, Fire away. 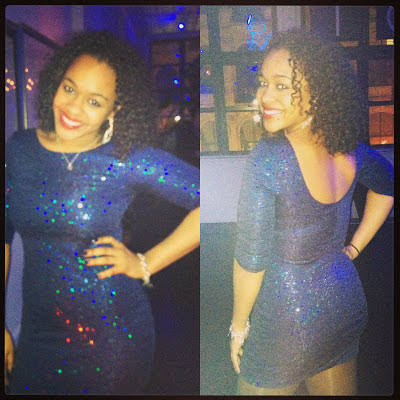 NYE was A M A Z I N G. Probably the best one that I've had yet. I went to a party at this loft in the SOHO section of NYC. It was a cute, chic, spot with 5 hours of open bar. If you know me, than you know that I am a FISH when it comes to drinking. I love it and often it loves me back.(BLESS THE LORD that I didn't end up puking all night like I usually do.) I danced all night -well there was definitely some twerking thrown in the mix too. Some time after midnight, this stranger kissed me! Now I wouldn't have minded if it was the midnight peck, but no this man straight tried to pry my mouth open with his tongue! Mind you, this was a man that I don't even know! Luckily he was cute and didn't look like a beetle, not that that would have made any difference. I smacked him once I pushed him off of me. INSANE. haha pretty funny now that I'm rethinking it. Everything after 12:03, is pretty much a blur. I really love to drink, but I hate that I can't remember anything. I don't even remember the songs that they played at the party. I don't remember the party. I don't remember the cab ride to the next stop. Apparently I had to go to the bathroom and kept begging the cab driver to pull over everywhere and somehow we ended up on the Westside by where I work and I was trying to tell the cab driver to take me to work because they'd let me use the bathroom there. HAHA Good times I'm sure.

I didn't make it home until noon the next day. I was the only person in Penn Station heading back to Jersey that still looked like midnight, while everyone was fresh faced. I still had traces of NYE's make up and holes in my stockings that I have no clue got there. I don't remember where I slept, but I remember waking up to a bunch of HAPPY NEW YEAR text messages and people asking me if I was alive. I did have enough sense to delete all messy text messages and call logs. lol If I don't have it in my phone, and I damn sure don't remember most of the conversation, it didn't happen or it needs to be left in that moment.

I feel great! Fresh new year. I looked great too! It was just a great time.

Hope you guys had a good time and brought it in the best way you could. :)
Posted by Bianca Lynn at 12:54 PM