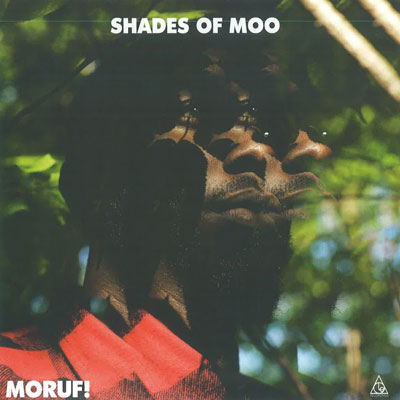 Now I have tons of rapper friends. I'm from Elizabeth. It's quite common for men the chase the rap and athlete dreams. The token "ticket out the hood" it seems to be in my neighborhood. I don't knock it though. If I had the skill, I'd probably pursue the same. It's extremely hard and it takes tons of faith in yourself and hard work. I'm still trying to get 500 followers on twitter just by tweeting my quirkiness. Imagine gaining a true following? Ah that's so dope. One day I'll get there though --but that's another entry.

I've never done this. I probably won't even tell MoRuf I even did this. He reads sparingly which is cool. Thanks Moo haha. But I wanted to take some time to show this album some love. I've been listening to it all day and man is it evoking such emotions! (I know, you're thinking "What doesn't evoke emotion from you Bianca?" But this time is different) Not only am I feeling the SOULHOP concept --which is GENIUS but I love the honesty or maybe I'm just digging the girl songs. Such a sucker I am for a girl song.

It's uncommon to hear music in this way. Jay Z loves to remind us of how rich he is and how poor we are; how I'm on the bus and he's in a Bentley; how selling drugs and not going to school can get you a Beyonce and the fortune. Drake is amazing but he's a poser -we know you aren't really just mobbing like that. Juicy J can't say no to the ratchet bitches - leaving the less ratchet girls wondering where they fit in in the world of hip hop. Common and Talib get pushed to the side for being "too conscious". Kanye *does no wrong as an musical artist* (Sure that's going to bring some text messages to the inbox) But then this came out. Maybe it's because I know MoRuf that I'm so impressed? or maybe because it's music that I can relate to? That's so common and real. I can see myself in those intimate shadows when I hear "DYV". I see me waving to my neighbors while bumping "Neighborhood." I hear myself in "Compromise." "Homie.Lover.Friend" can I be that? Is that what I need to be?? Have you not heard that song??

I feel good listening to this. The real music in comparison to the autotuned or Mike Will Made It Beats (no shade, I still groove) but it's just a breath of fresh air. A young black man can be honest and real and open. It doesn't seem like a facade. Just like the guy who is trying to make it. It feels real and legit. It's admirable and hopeful. It's something that I can relate to. Something that won't hurt my ears after a bowl of frosted flakes. Something to think about.

You know I'm a hopeful romantic and to hear a guy I know, that's in the same age bracket as I am, talk about love. Ughh. Just makes me feel good. It's like wow, guys do that? They feel that way? They need women like that? haha