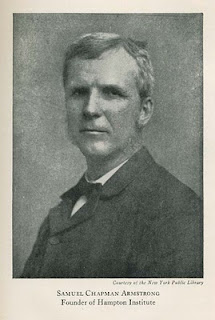 When Samuel Chapman Armstrong founded Hampton Institute (now University), I'm sure he didn't have in mind the things that are thrusting within it's halls. Don't get me wrong, Hampton is a beautiful place thriving with history. I'm proud of Hampton for that. I'm proud to attend a place that is so historical. People fought hard to make the place that I attend to gain a higher education. No, there is not a need for historically black college's in the sense of segregation, however, it is important to remember your history, yet progress during the current time. Looking back at photographs, and reading the history about my school, I'm grateful. I'm appreciative. Below are photographs of the school when it was an institute. 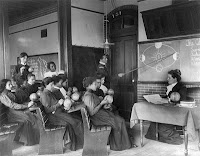 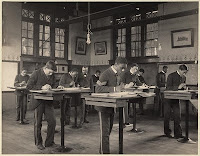 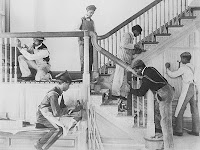 My issue with Hampton lies with its current conditions. The school is private and though we spend a lot of money, generally the families that we are coming from are well off, but they aren't filthy rich, so we aren't offered that much since we aren't paying that much. Don't get me wrong, we are paying enough, and deserve more for our bucks. There are a lot physical changes that need to be done to the school, but that's not my main focus. My issues lie with the professionalism of some teachers, the lack of effective administration, and the dullness that follows us around.

I chose to come to an HBCU. It wasn't a necessity. We are no longer segregated. Yet, I sit in classrooms with teachers that ask "Don't you feel uncomfortable when white people walk into the club?" EXCUSE ME? What year is it again? During lecture hours, instead of discussing issues like homelessness in America, we are discussing why black men or black women shouldn't date outside of their race, mainly talking about white and black couples. That infuriates me. It upsets me because of how insensitive these people are. No I'm not half white, however, I'm not all black. My father is not black. And that never was an issue or even something that I realized (not saying that my father acts black or gets confused with being black) because that was never something that should have been focused on. I'm sitting in a classroom full of people who talk down on mixing races? What does it matter? People show no respect for others and I especially feel bad for the students who are half white. It's one thing to have an opinion about something, sure, but that shouldn't be discussed as a lecture. The teacher shouldn't have been the one to make statements like that. It's called professionalism for a reason.

The fact that attendance is mandatory really grinds my gears. We are adults. This is my money that I'm wasting by not attending a class where you merely read out of the book, which I could do in my room, then so be it. Teachers here are very inconsiderate when it comes to attendance. As long as I'm still passing my tests what does it matter if I sit and waste both of our time?

Just like any place, if you get caught up, you will get caught. Hampton area is dry. I came here so that I could admire the surroundings and take advantage of the difference that Virginia has which Jersey lacks. But if you aren't down to drink or partake in other actions as such, then this school sucks. People don't go out and do interesting things. No one wants to go anywhere. Everyone is broke, yet people find money to do other things. If you aren't in the "it" crowd, then you aren't it. We need to be more embracing rather than whatever it is that we are doing.

I try not to bash this place. It's my home by the sea. But if things don't change soon then this is it. I didn't want to complain as much as I just did but the things that I'm feeling or going through isn't right and I know that it's not like at other schools.

Everyday I pray that I didn't get the short end of the stick this time too.
`2 more semesters left and I'm out of here. I just wish I left a bit sooner. I really should have transfered and studied abroad.
Posted by Bianca Lynn at 1:27 PM

I am shocked at your comments. If you are not happy with this great opportunity that so many have died for then you should find another place to call home. No student at Hampton pays what it truly costs to attend this institution. Have you compared the cost with Morehouse or Spelman..both are thousands of dollars higher. Have you looked at the closet rooms with no baths at UVA? Come on young lady. You need to figure ourt by now that every time you put your school down on the internet or in public that you lower the value of your expected diploma dn athe diploma of all others who graduated from that great institution founded by the General.

I appreciate your comment dearly, but it seems that you didn't really read what I meant as a whole. My main issue doesn't lie with the University's appearance, but rather what's happening inside. The main thing that I talked about was teachers unprofessionalism regarding making racial comments in class and disregarding biracial students, yet you never mentioned it. Instead you are shocked by something that any student will complain to you about. That part of my entry wasn't heavily thought about on my behalf because all the students know the conditions of the dorms and buildings in which we learn.

I am entitled to an opinion just as you are and I have the freedom of speech just as you do.

Thank you for your comment. I hope you keep reading.