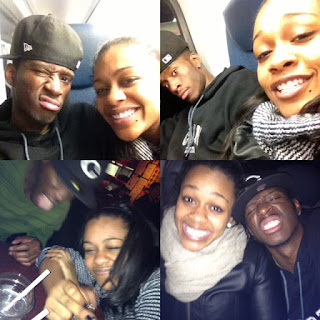 Friday- Curty met me and we started the night at Rudy's Bar & Grill. It's on 9th between 44th and 45th. I was there by myself for the most part just waiting on Curt to show up. Of course while I was waiting, I had three drinks. I someone how found myself setting next to the drunk at the bar and he thought that he was with me. I don't think I've ever been more excited to see Curtis. After that we went to Blockheads on the Upper East Side. It's on 2nd between 81st and 82nd. We got TWISTED there. The pictures on the left are from Blockheads and in the cab and on the train ride home. I sang Happy Birthday to him on the train and got some strangers to sing along. We brought in his 23rd birthday! He's an official old man now and I'm shortly behind him. He's a great friend. I told him that often when I'm drunk and I hang out with him, with him coming to the city, I always cry. (lol yes cry.) Partly because I'm always an emotional drunk. I'm always in tune with my emotions, but mainly because I have a lot of doubt when it comes to guys. I'm learning to get over that and not let past situations affect me but it's really tough. I'm so used to begging, pleading and trying to get this one guy to hang out with me, who always says no and it's really taken toll on how I view myself. I've often thought I wasn't cool enough, or maybe I'm corny. Am I worth it? Am I a good catch? Just two weeks ago, I drunkenly asked Curt if I was one of his prettiest friends! Yes I've gotten that low. All because of some guy. I digress- this isn't about that. I was just thankful that Curt thought it was cool enough to bring in his birthday with me. Not something that I get from guys that often. It was a lot of pressure but I think that I managed to make it a cool day! My friend Tanesha stopped by which made the night even better. I haven't seen her since I graduated! Which is terrible because she lives in Queens and I used to see her a lot. But we are changing that. 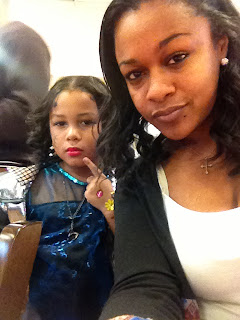 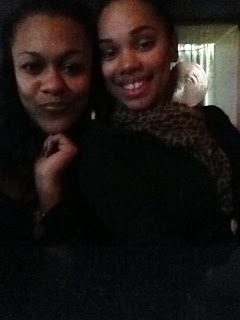 On Saturday, I went to De'Yani's birthday party. She's my BFF and she turned 6. :) She had a Monster's High themed birthday. It was great to see her. She made me sit down next to her when we ate. After that, I met up with Curt again to go to The Comedy Cellar down in the Village.

We started the night with Henny, so I'm sure you can only imagine the fun that we had. Nothing but laughter all night. Just what I always need.

:) How was your weekend?